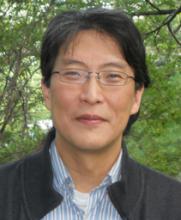 Assistant Director for Community Based Services

Wai was born in Hong Kong but moved to New York City when he was seven. A product (some would argue a consequence) of that city's public school system, he attended the University of Chicago largely because that was where Indiana Jones had studied. Armed with such sophisticated decision-making skills, this first-generation college student and aspiring adventurer/explorer tried out several majors, strongly considering Anthropology at one point (until he had to read Levi Strauss' Savage Mind in one night... (an act which he believes permanently broke his brain) before choosing to major in Sociology. After college, he worked at several non-profits in Chicago and New York City before returning to grad school (and more punishment) at the University of Virginia, where he eventually received his PhD in Clinical Psychology. He has worked at a state psychiatric hospital, a public middle school and a community action agency, and has done research on ethnic identity, delinquency and youth gangs. He completed his pre-doctoral internship at UMass Amherst, and joined Cornell Health in 1999, where he is currently Assistant Director for Community Based Services. His interests include anxiety disorders, diversity and multiculturalism, and social justice.